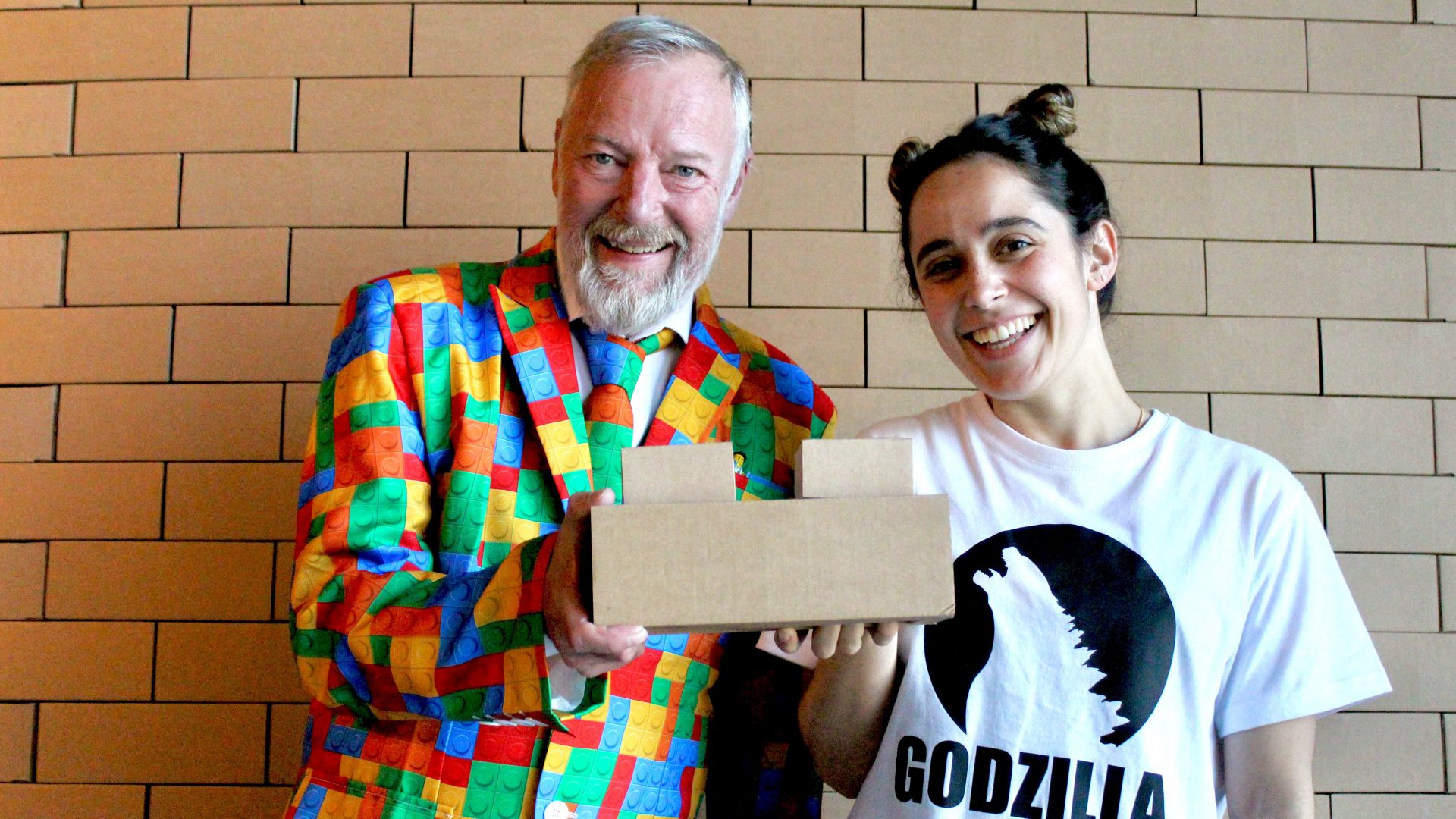 As a child, the bricks have been always been my favourite game. I was able to literally spend whole days building everything and more. In fact, they gave me the possibility to create whatever I wanted, making me feel from time to time like a skilled engineer, a terrible pirate, a medieval knight, a space explorer, and so on and so forth. Perhaps the clearest memory I have of myself as a child is just playing in the living room of my home in Merano, where I was born. And it is a beautiful memory, which still gives me strength, optimism and desire to continue building my life with that same joy with which I put the bricks on top of each other. This is why when Giuseppe Bonifati said to me that he got the idea for a new show freely inspired by the inventor of Lego, I could only be happy and enthusiastic about this news. Thus was born “Super Ole”, a theatrical work suitable for everyone and which is also, without any hagiographic intention, inspired by same the words of Ole Kirk Christiansen: “Only the best is good enough”. rc

The dramatic global events of our present have made us think about the staging of Super Ole story. We couldn’t just close our eyes, as artists, to what surrounds us, even if it is many kilometers away. That’s why the 1,980 bricks that make up the important and ever-changing scenery of the show are transformed from tall and strong buildings into the ruins of a war. It is thanks to Simone’s creativity and Super Ole’s patience that these are designed in many other forms, finally giving shape to a house: a refuge for those who have lost theirs, for those who are building new and those who follow as spectators the destruction carried out by a menacing Godzilla monster. But even at the end of the tunnel there is a light that illuminates the night, says the wise Super Ole to the child Simone. Even if it’s just a brick locomotive, to kill the time with, in the darkness. glb

Super Ole is an absolutely anti-hero hero struggling with a kid, a guest in a foster home, who has traumatically lost his parents in a car accident while fleeing from a country in war. Simone has closed herself in the spiral of the trauma she has endured and is not able to emit the slightest word. The kid, is in such a difficult relationship that no one feels able to understand her. The months pass and she, relegated to that foster home, is getting increasingly sad, except at night when she manages to console herself by secretly playing with the bricks and with her, perhaps imaginary friend, Super Ole. The relationship between the two is not always idyllic, on the contrary, the little one often takes very hard attitudes towards that strange Super Hero, even targeting him with bricks or closing him in the basement. But Super Ole knows children well, and slowly, while allowing himself to be “bombed”, he manages to give Simone back the courage to live and… To speak. Super Ole, brick after brick, will make us love Simone so much that, if she was real, each of us would do everything in order to adopt her.

in collaboration with
Billund Centret, MARK Museum, Billund Bibliotekerne, Culture Shift and the schools of Billund